The Mineral Wells Fire Department was founded in 1895 by a group of dedicated volunteers. As years progressed so did the citizens expectations of the fire service. From bucket brigades to horse drawn wagons, open cab gas powered fire trucks that carried ladders and a pump, to diesel driven apparatus that carry an onslaught of equipment and water.

In 1972 the city hired the first paid employees designated specifically as firefighters. Prior to this firefighters worked as police dispatchers, responding to fires when a call came in and having a police officer take their place at dispatch while they were gone. The first paid firefighters were John Gilbert, who had worked for the city since 1956, Eddie Bell, Rudy Purcell, and Moon Mullins. These men worked 12 hour shifts. John Gilbert was later promoted to lieutenant and worked an 8-5 shift.

The fire department has had five paid fire chiefs. Prior to the paid chiefs the volunteer chief was in charge of operations for the fire department. The first paid fire chief was Jerry VanNatta who was hired in 1989. He was followed by Art Verona, Roberts Spears, Robbin Allen, and now Mike Pool. Chief Pool started his fire career in Haltom City in 1977. In 2013 he retired as Lieutenant and server the citizens in Haltom city for 36 years. In 2013, Chief Pool was asked to serve as the Interim Fire Chief for Mineral Wells after the passing of Chief Allen. In 2014 Chief Pool was offered the FIre Chief position that he holds today.

The first dispatch system for the paid staff was the use of the large siren, named “Big Bertha”, at the police/fire station on South Oak Ave. Different number of blasts, from 1 to 4, on the siren indicated the area of town that the fire was located in. Firemen would drive to the station and look on the chalkboard and could get the exact location of the fire which had been written down by the firemen on duty before leaving to respond. Big Bertha is still in use today and is sounded along with the weather sirens on the first Friday of each month for testing.

The next dispatch system to be used was the phone dialing system. Each fireman received an auto dial recording on their home phone, made by the firemen on duty before leaving for a call, to give the exact location of the fire.

We have gone from the “Big Bertha” system and phone system to each person now having a radio or pager that receives the message from the police dispatcher giving type of fire, location, etc. to both paid personnel and volunteer personnel.

The enhanced 911 system has been a big asset to the dispatch system. When a person calls in the address appears on the dispatch screen from where they are calling. The location is available to the dispatcher in case the person calling is incapable of giving that information due to injury or sickness.

The first firemen had basically only a coat, rubber boots, and a helmet as gear, usually being purchased by the firemen themselves. Our modern department now has bunker gear that has qualities such as vapor and thermal barriers, reflectivity, and the ability to hold up against extreme temperatures. The firefighters of old had no breathing apparatus to protect them from the vapors and smoke. Modern firefighters have Self Contained Breathing Apparatus (SCBA) with personal alert systems used to locate a downed firefighter.

In 2008 the paid fire department and the volunteer fire department responded to approximately 3,000 calls including ambulance and fire related calls. Services by the Mineral Wells Fire Department include everything from structure fires, grass fires, public fire prevention programs, trauma and medical calls, rescues, delivering babies, to installing smoke detectors for citizens. Many other services daily are performed by Fire/EMS personnel.

In 1975 the ambulance service was added to the duties of the Mineral Wells Fire Department. There has been a progression from the minimum basic first aid supplies that were carried compared to the current Mobile Intensive Care Units capable of advanced life saving procedures such as rapid sequence intubation, cricothyroidotomy, and 12 lead EKG monitoring.

Education and training for both fire and emergency medical services personnel has evolved from just being dedicated to helping others to the point that firefighters and paramedics are continually training to meet the certification requirements of both the Department of State Health Services and the Texas Commission on Fire Protection. 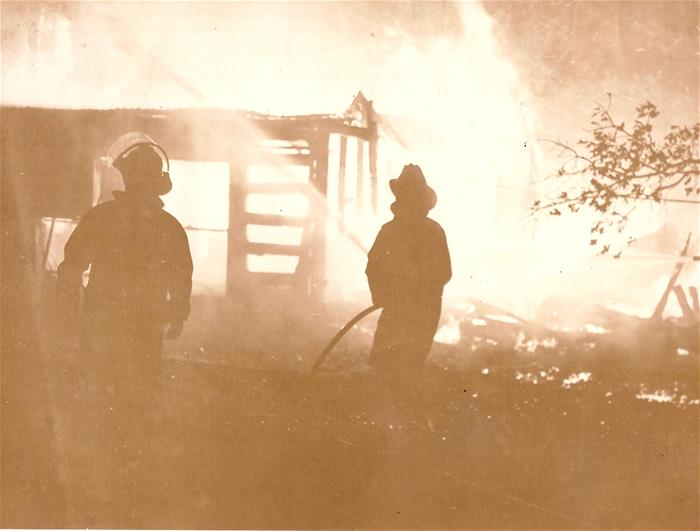